The design for the Estonian Pavilion for 2016 EXPO in Milan was awarded the first place in a national contest. Within a year the team planned an area of 1200 m2. The limitation in size demanded thorough analysis of the behaviour and movement of the visitors in order to promote Estonia. Over the period of 5 months the pavilion was visited by more than 3.4 million people – more than double of Estonian population.

The interior consists of “boxes” that all had a specific theme such as Estonian food or nature etc. Additionally, the room featured temporary furniture to enhance the display of short-term exhibitions. Flexible lightning, modular shelves and movable screens assisted in the design of multi purpose room. The linear nature of the architectural solution was disrupted with explosions of geometrical shapes on the ceiling, walls and floors. One of the most memorable features were rays that connected showpieces throughout the pavilion. The specially designed rays emphasised the importance of sustainable lifestyle. The ecological footprint of the temporary complex was a leading principle in the whole design process. Now the building has been reused. The virtual replica of the pavilion that was already existent before the construction has created a lifespan of its own on design and architecture websites. 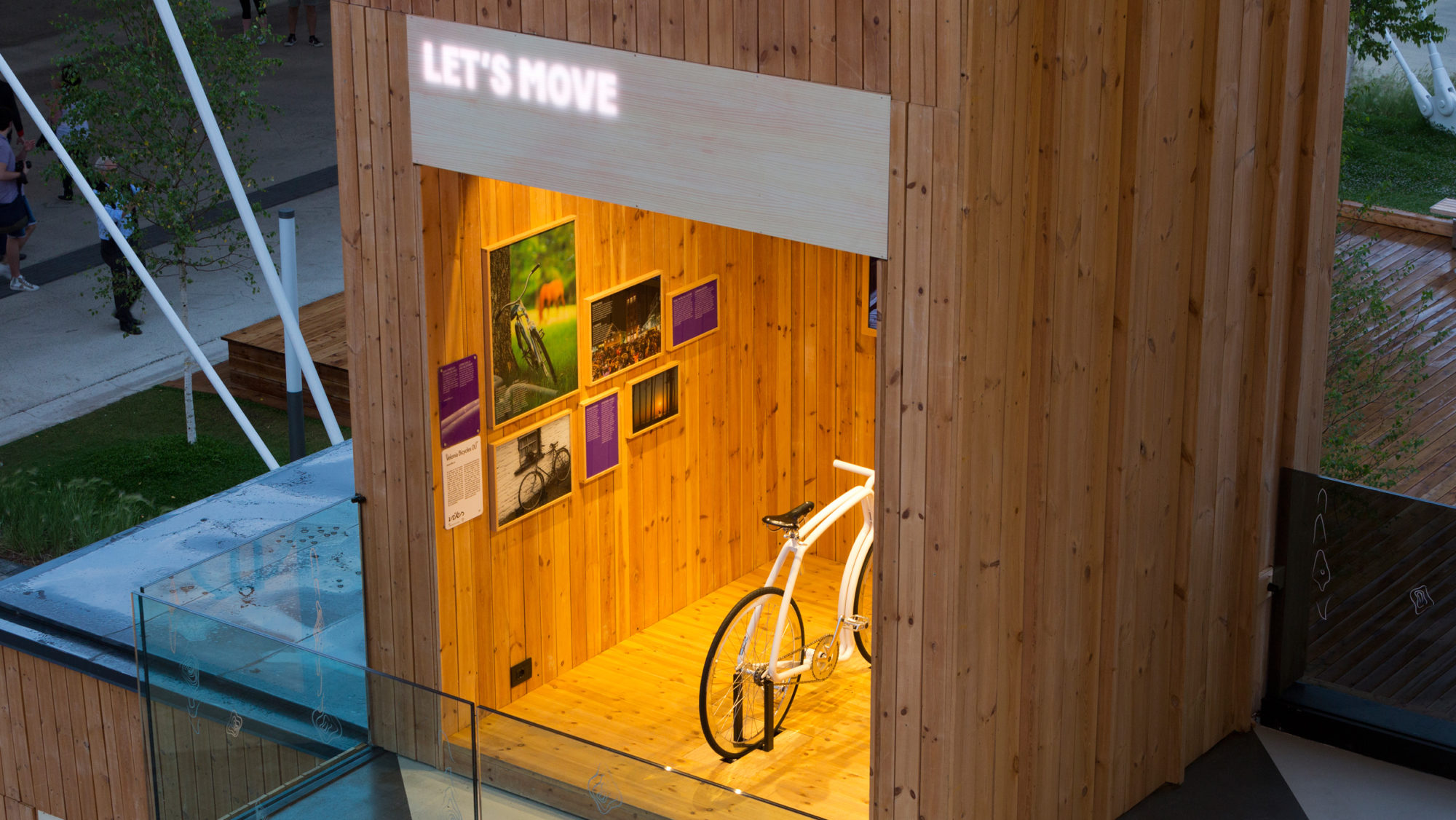 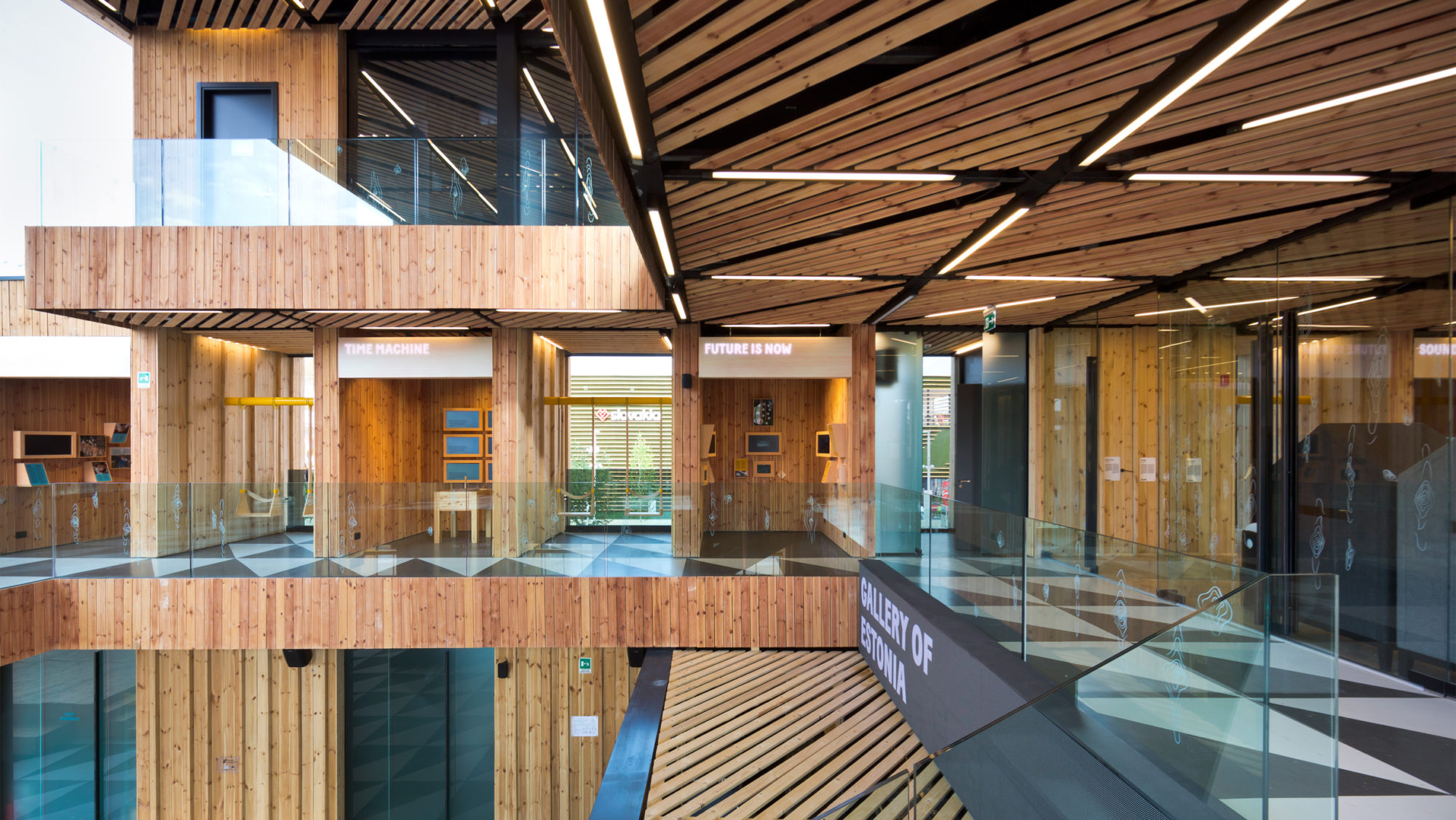 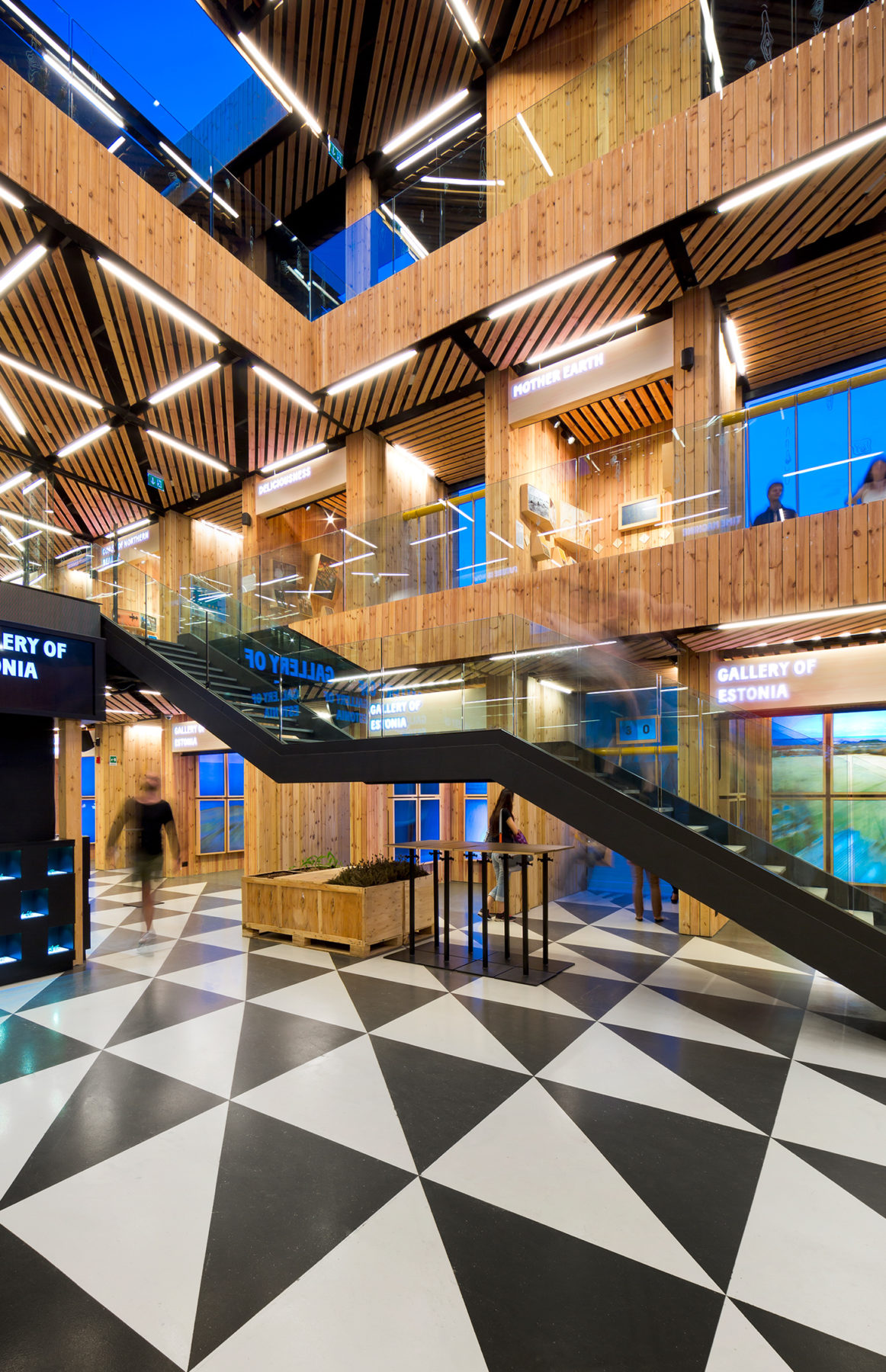 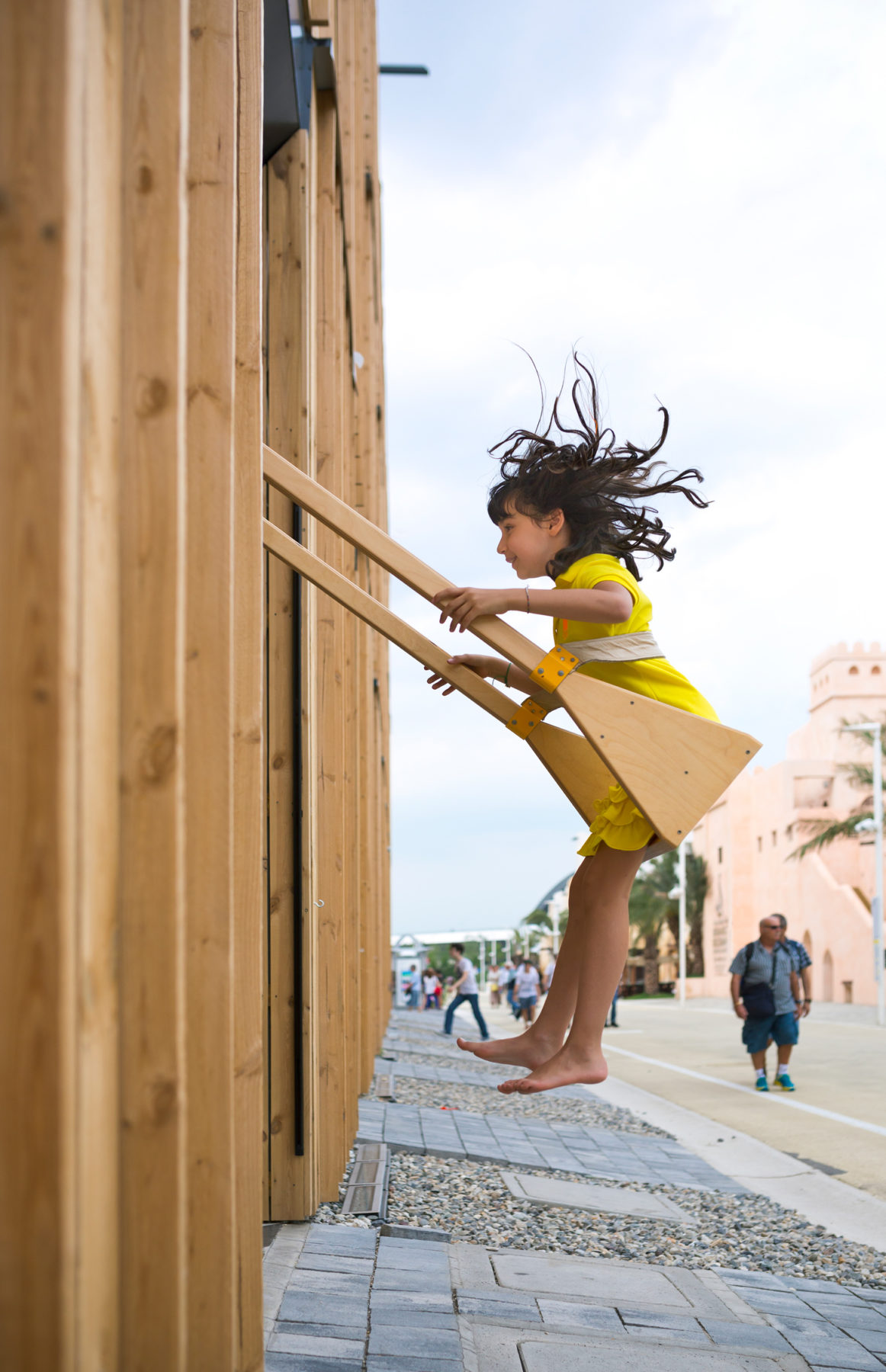 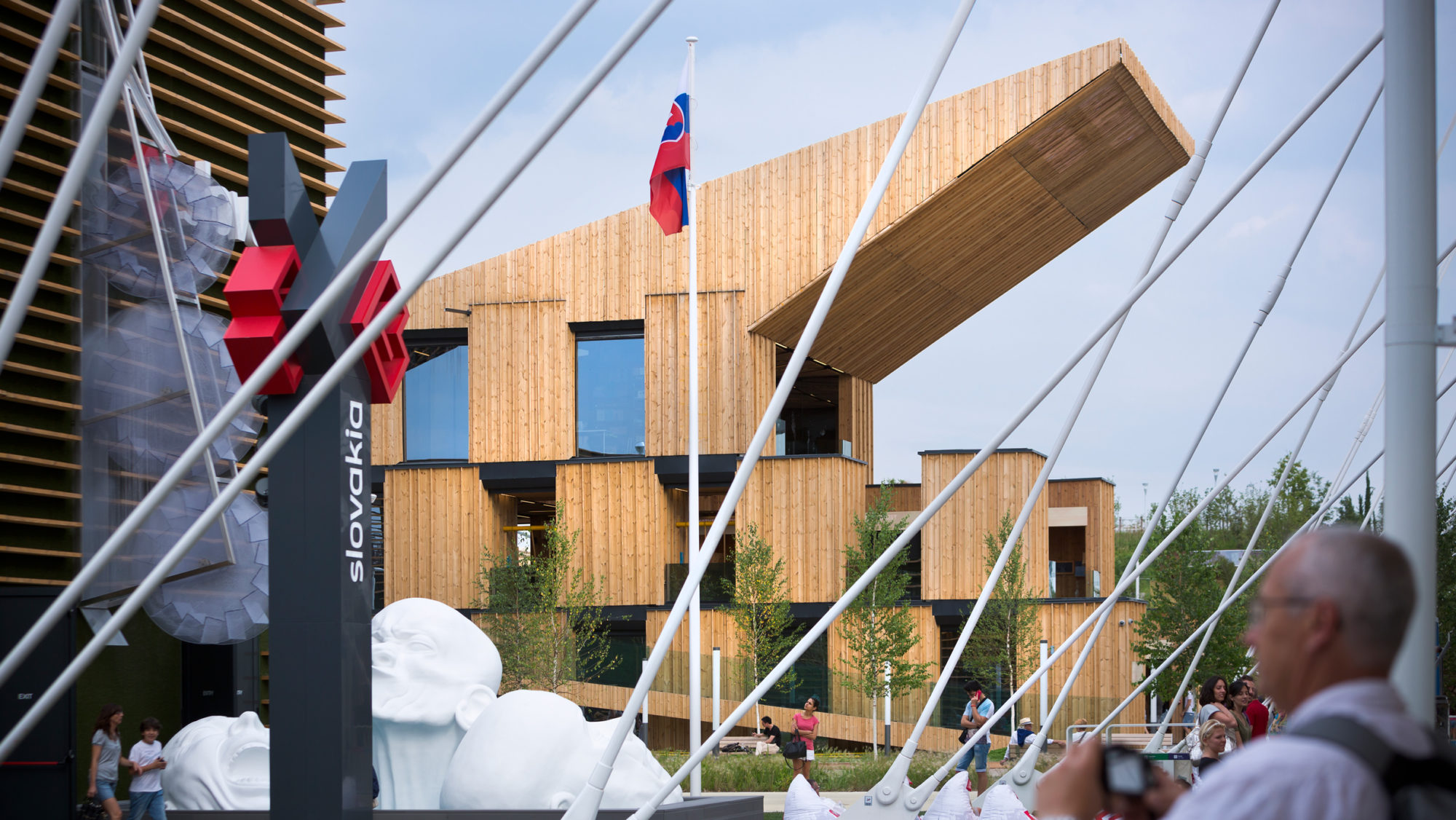 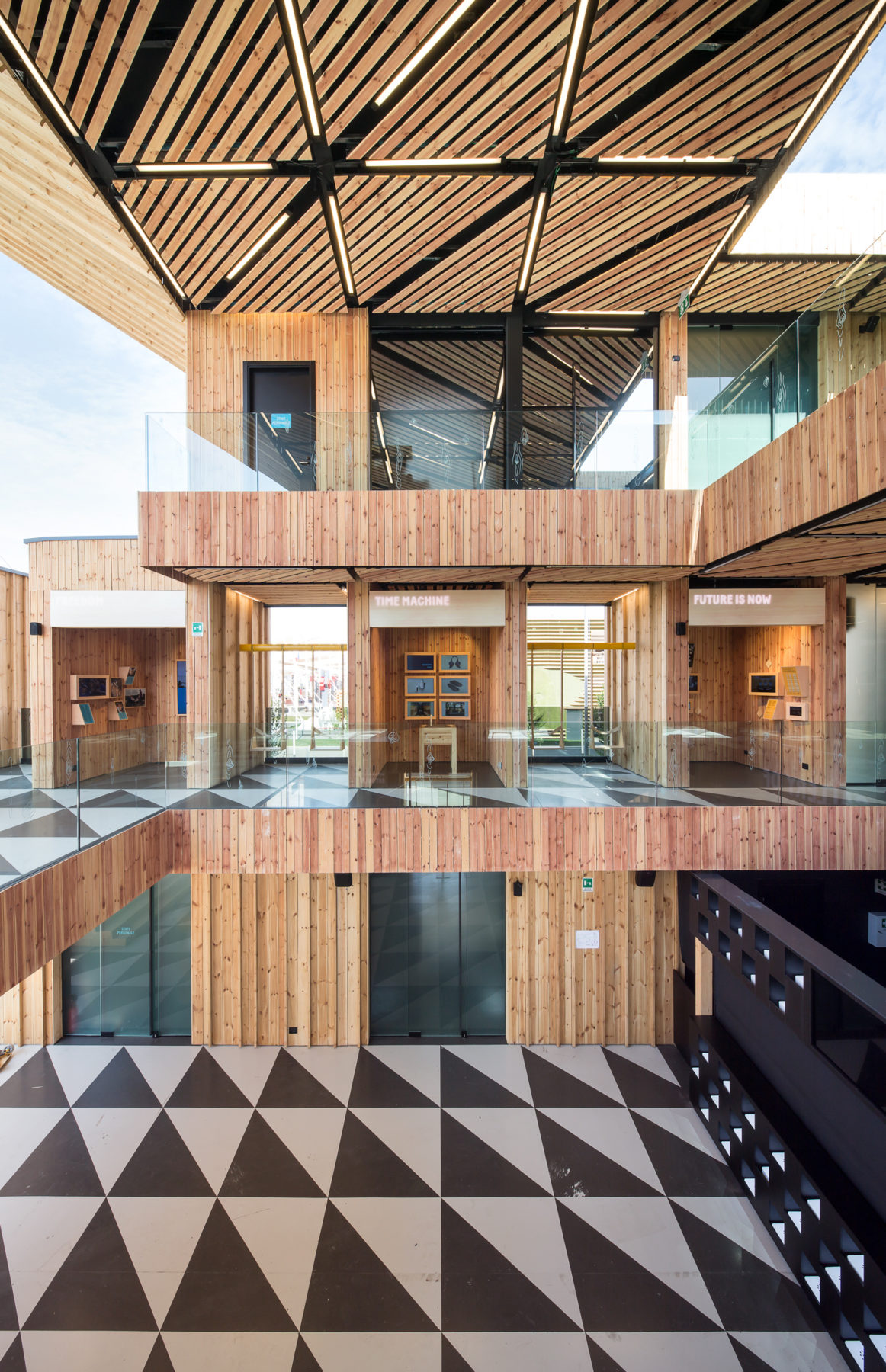 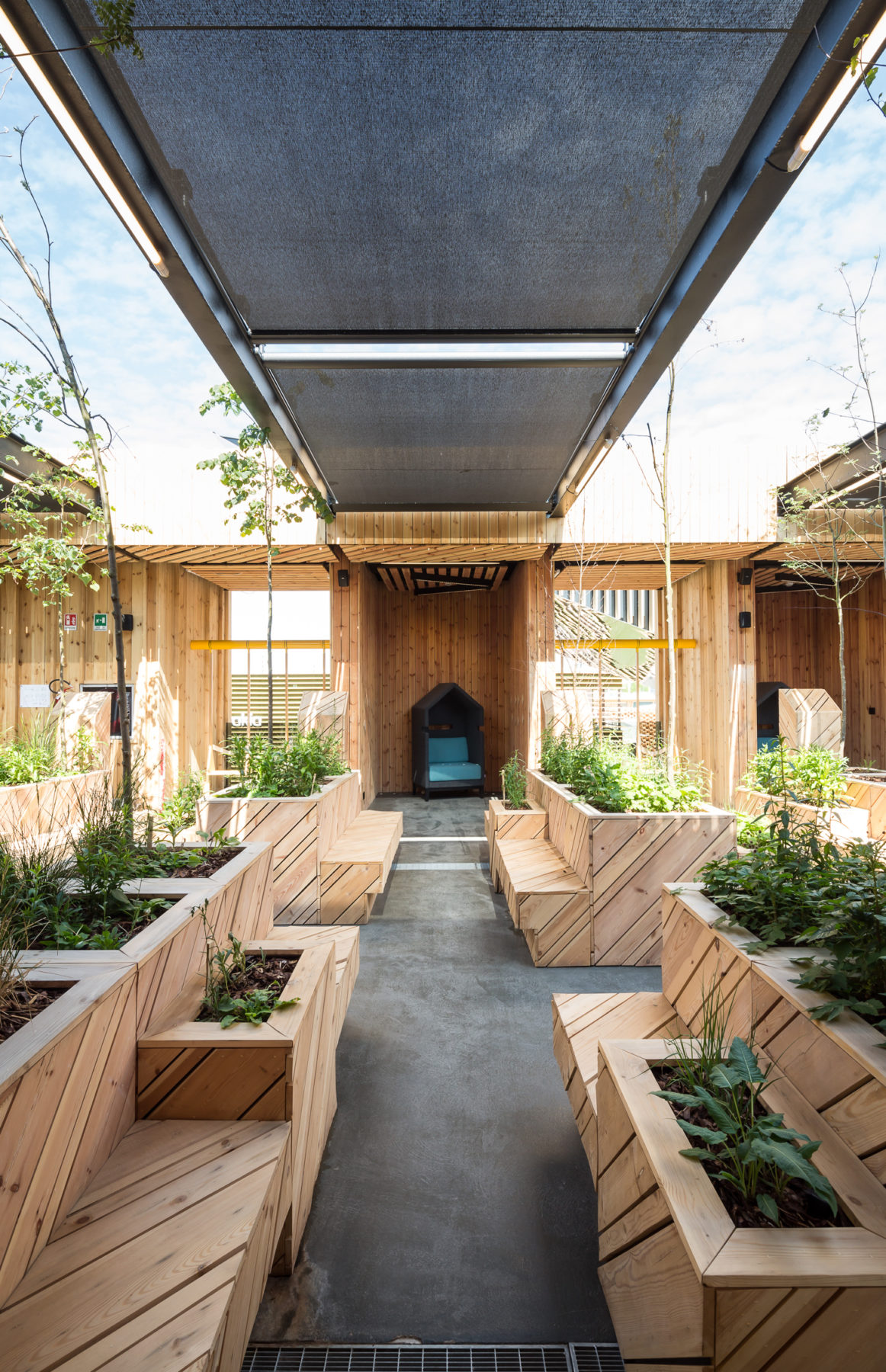 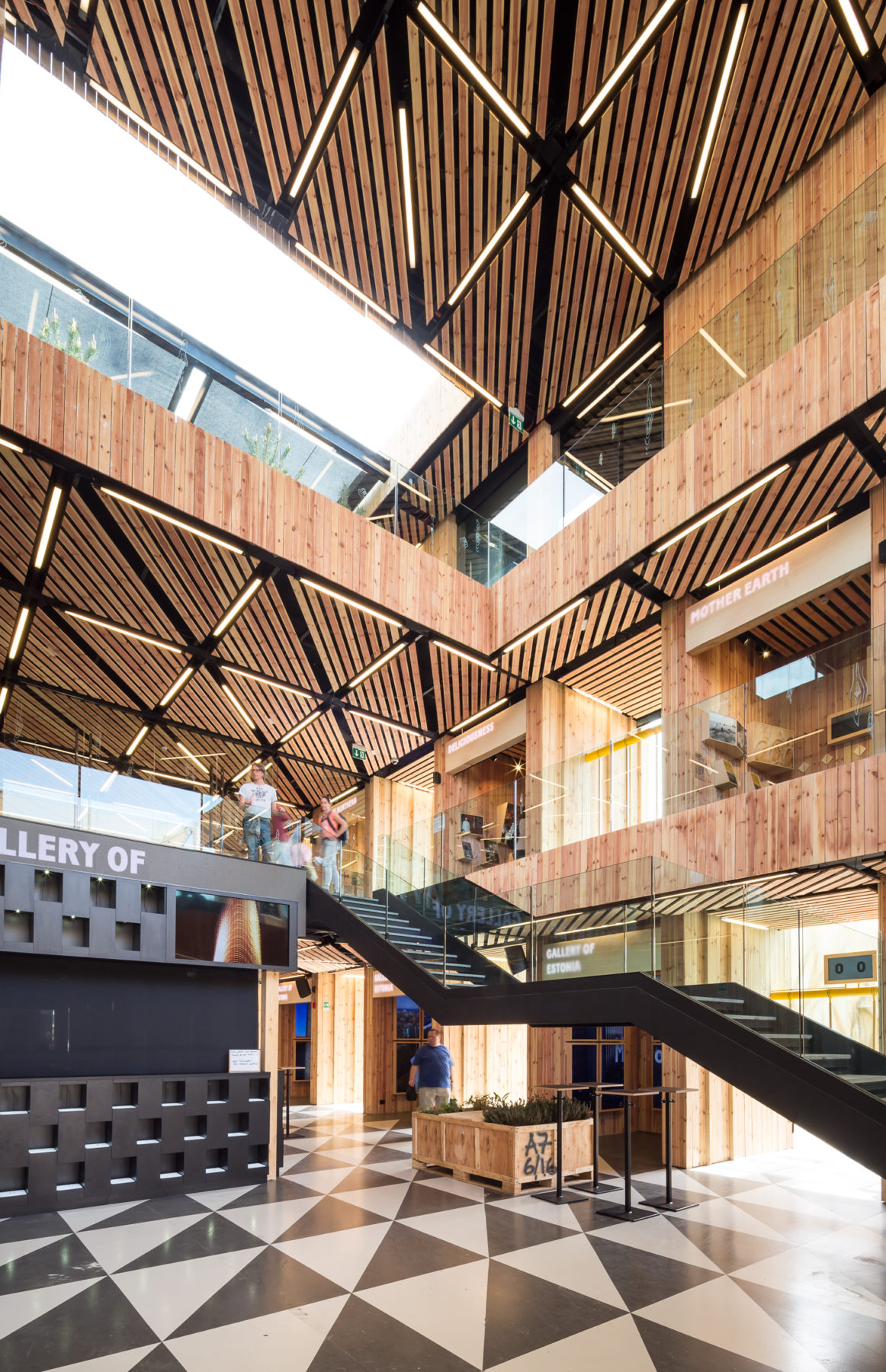 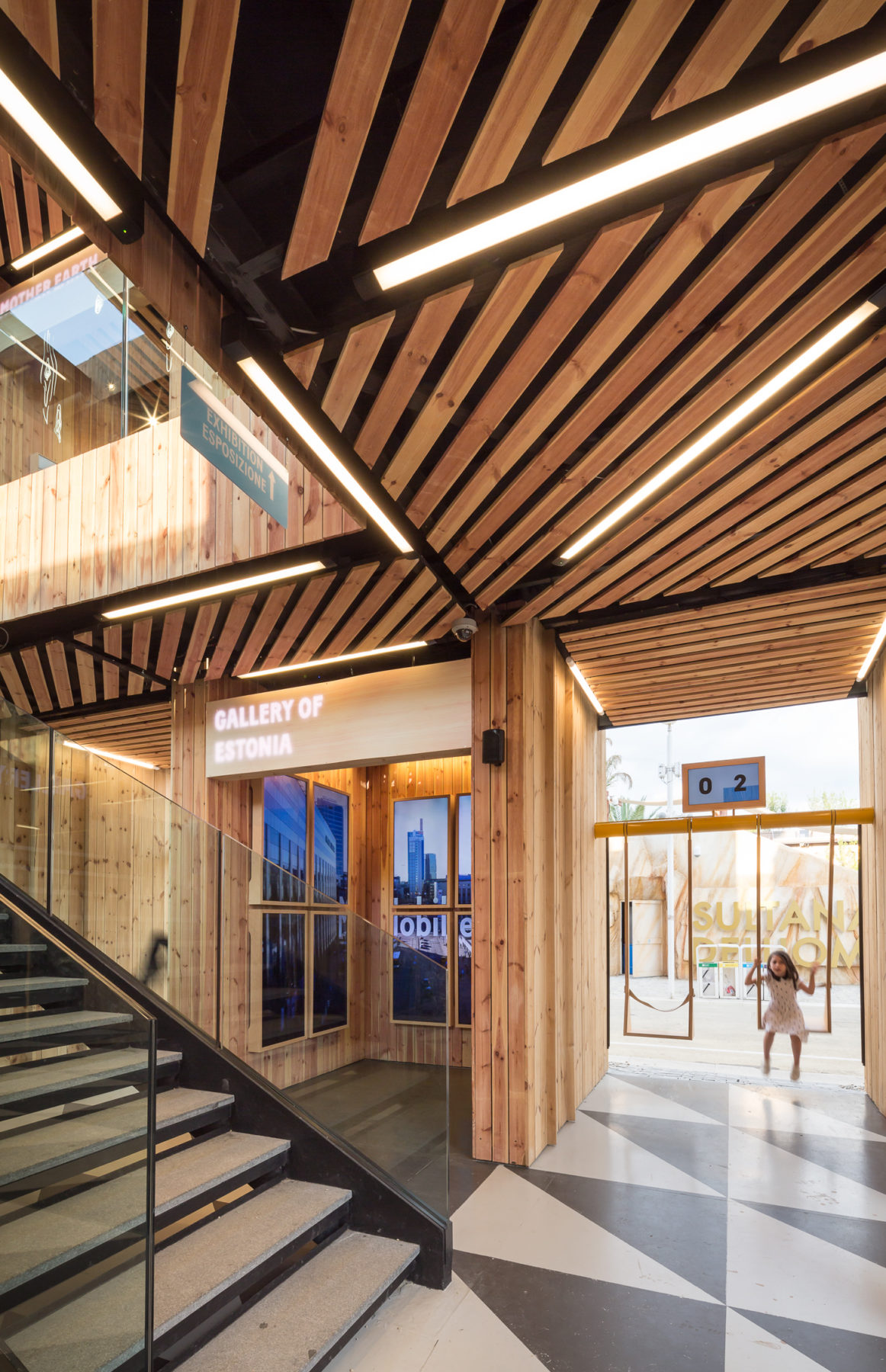 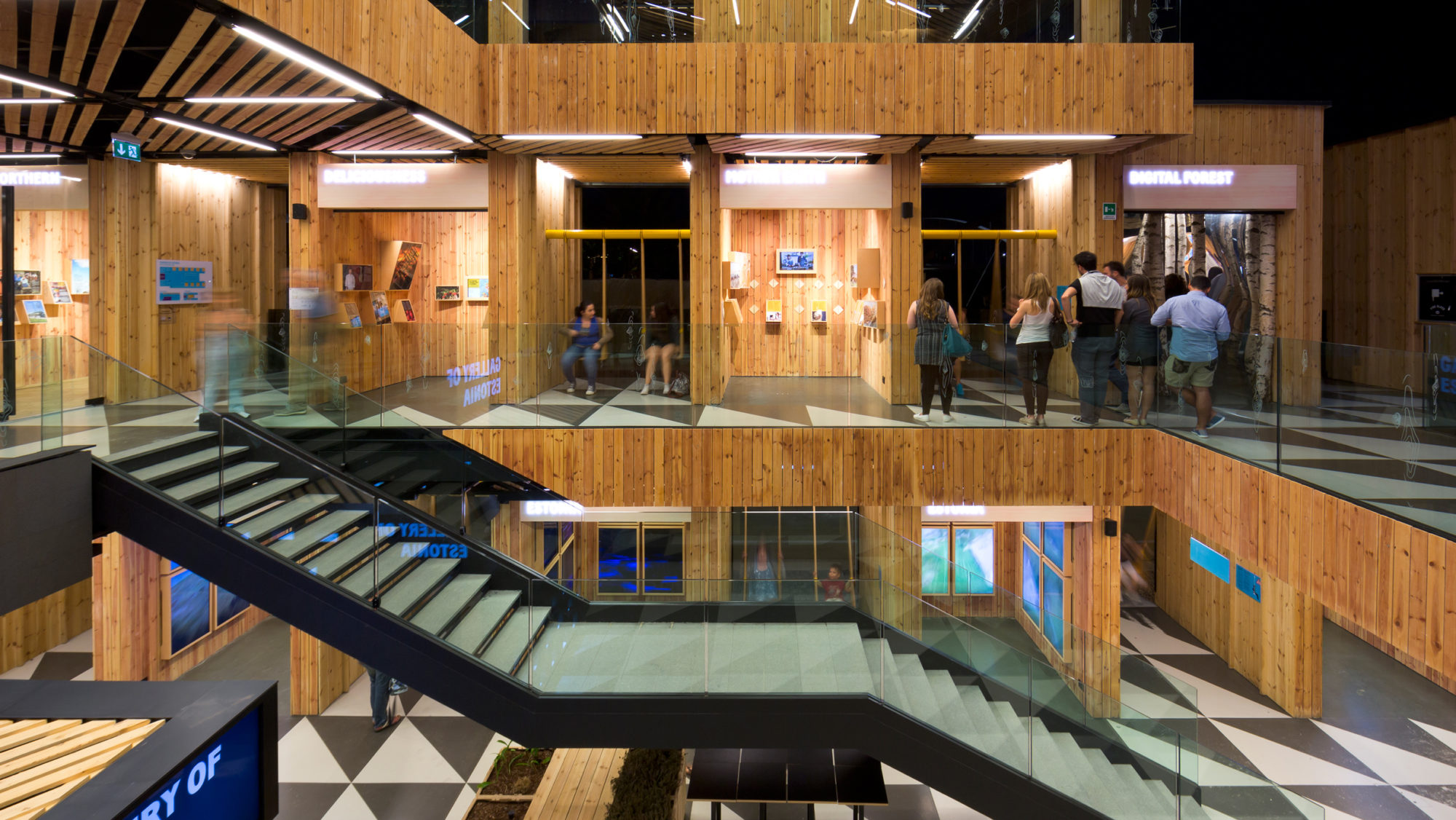 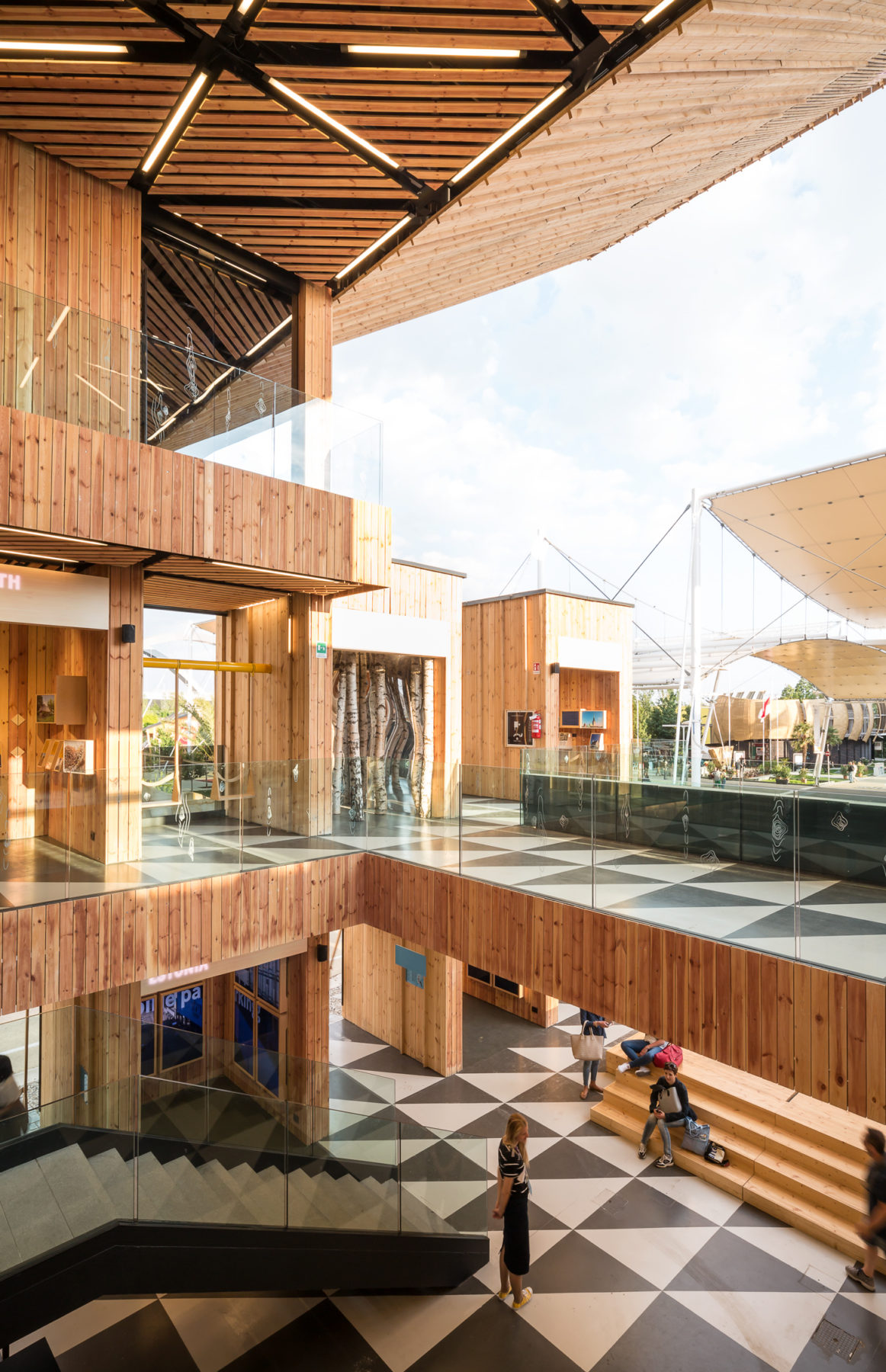 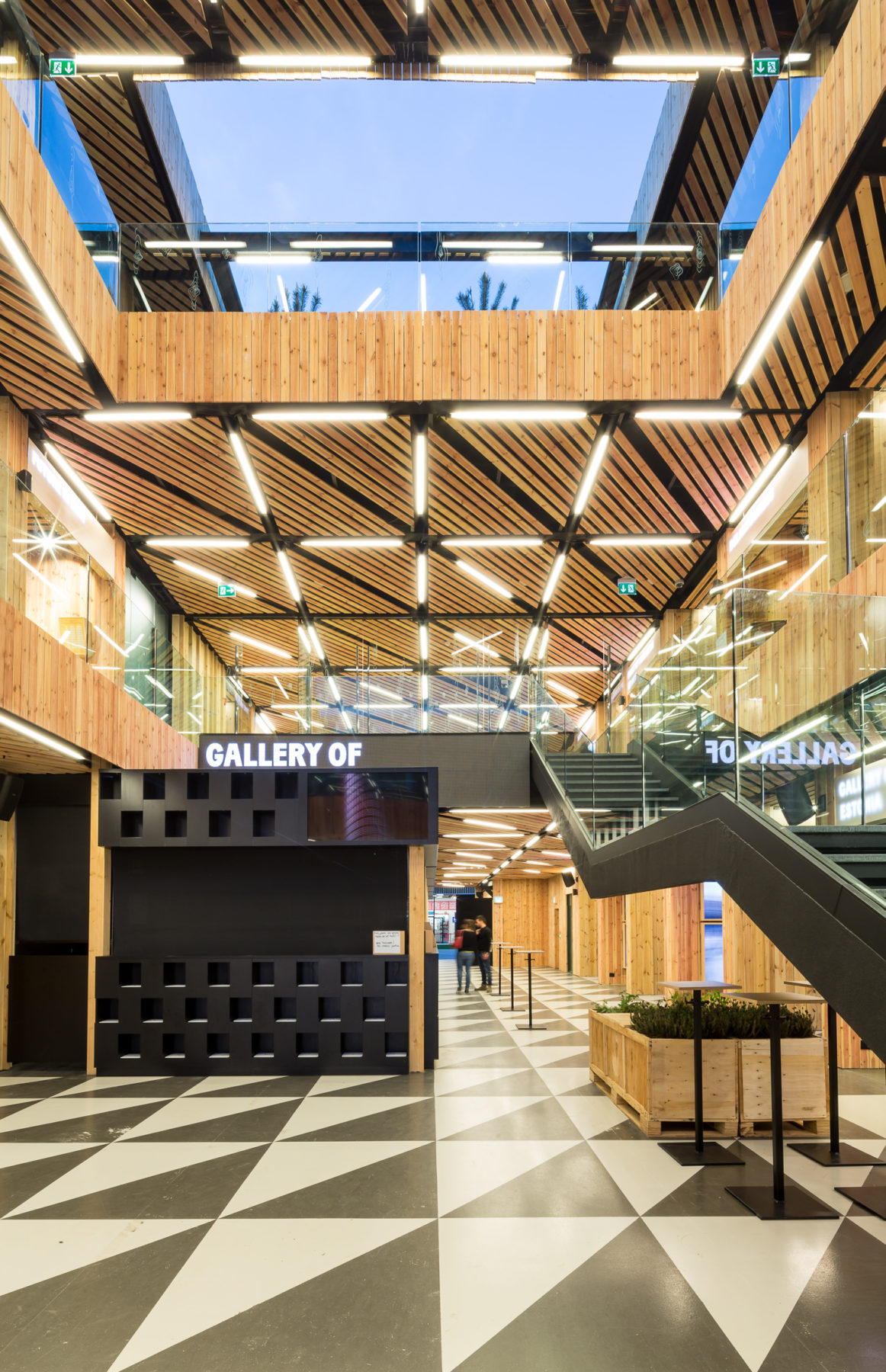 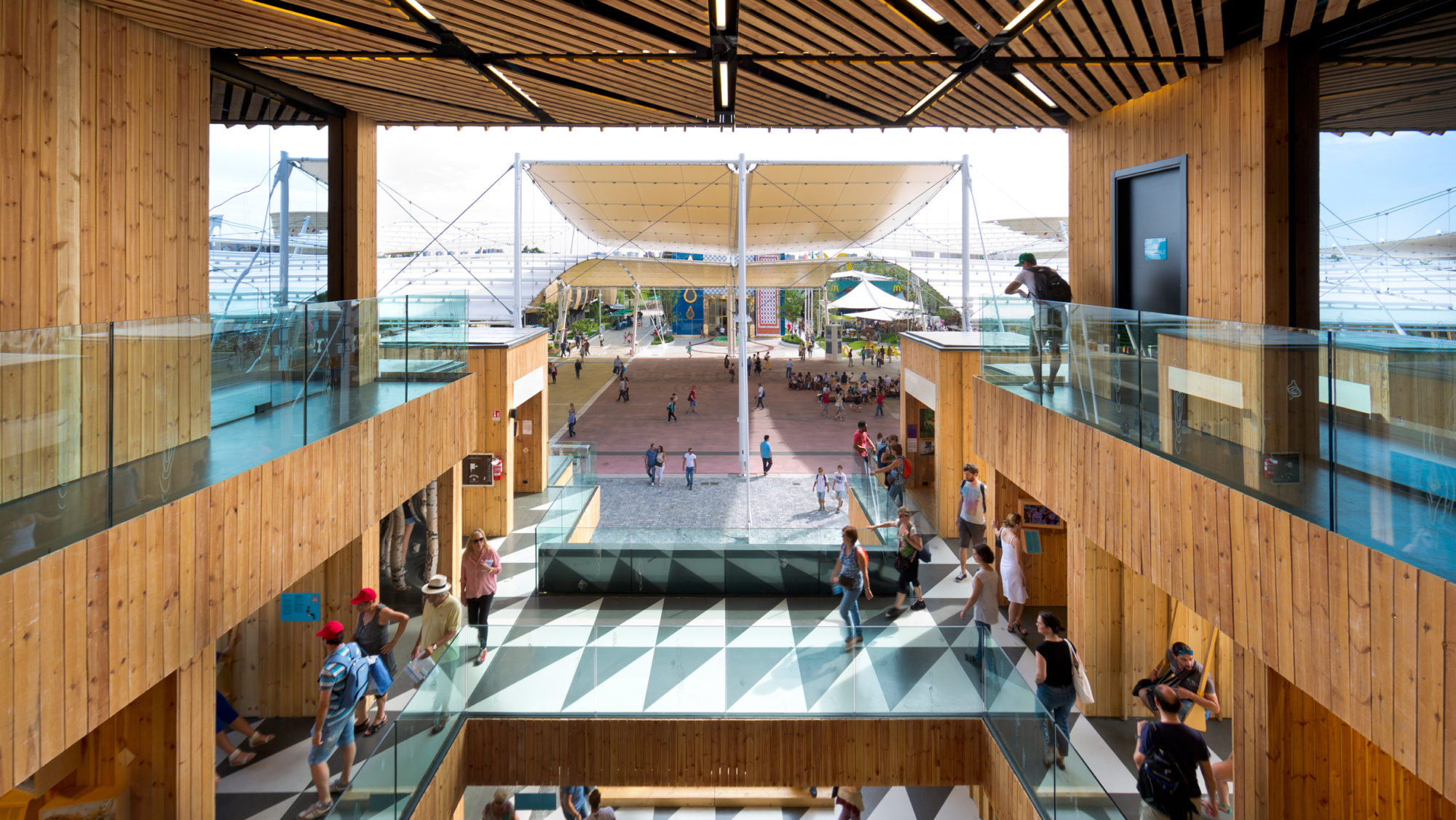 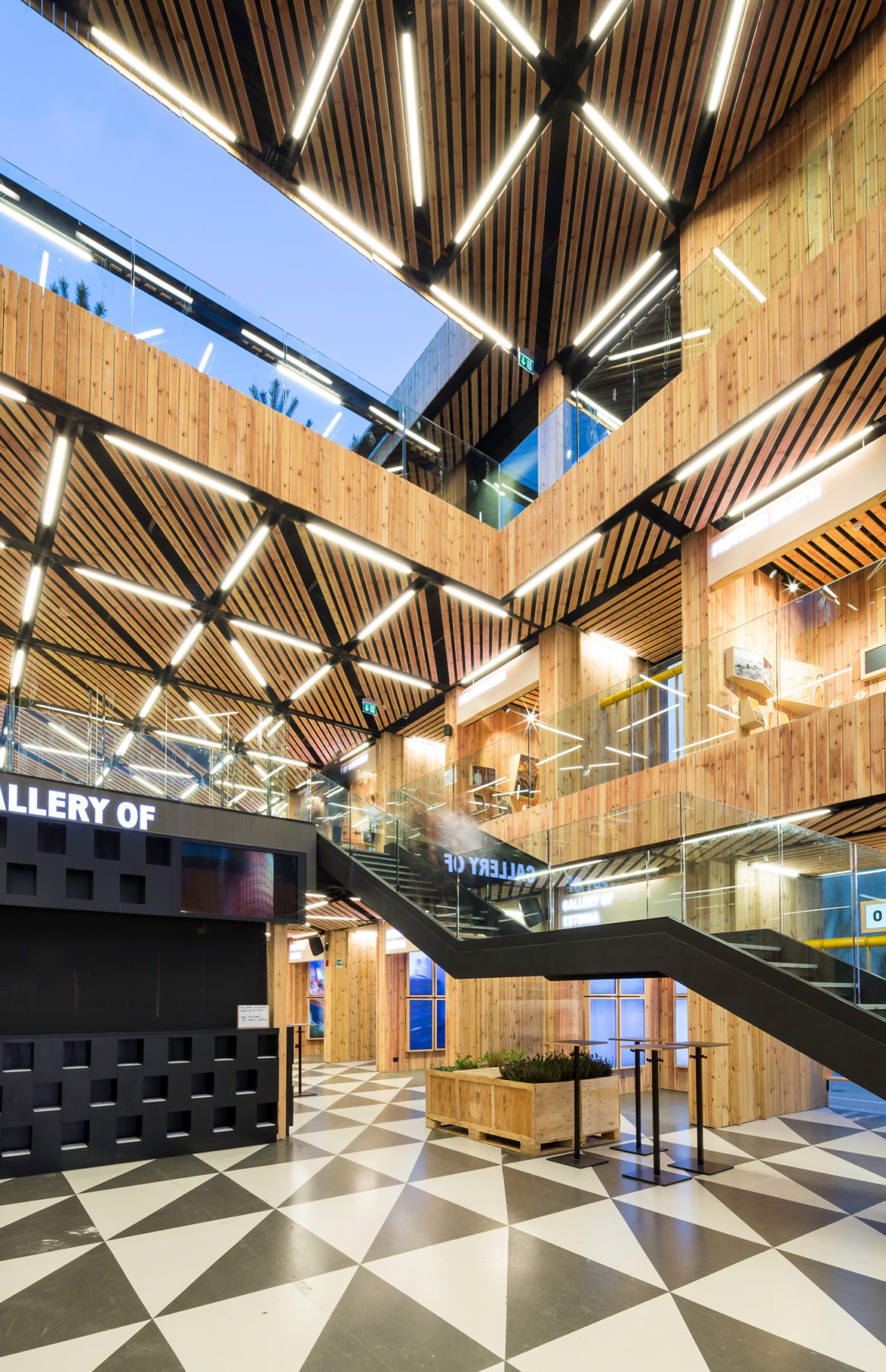 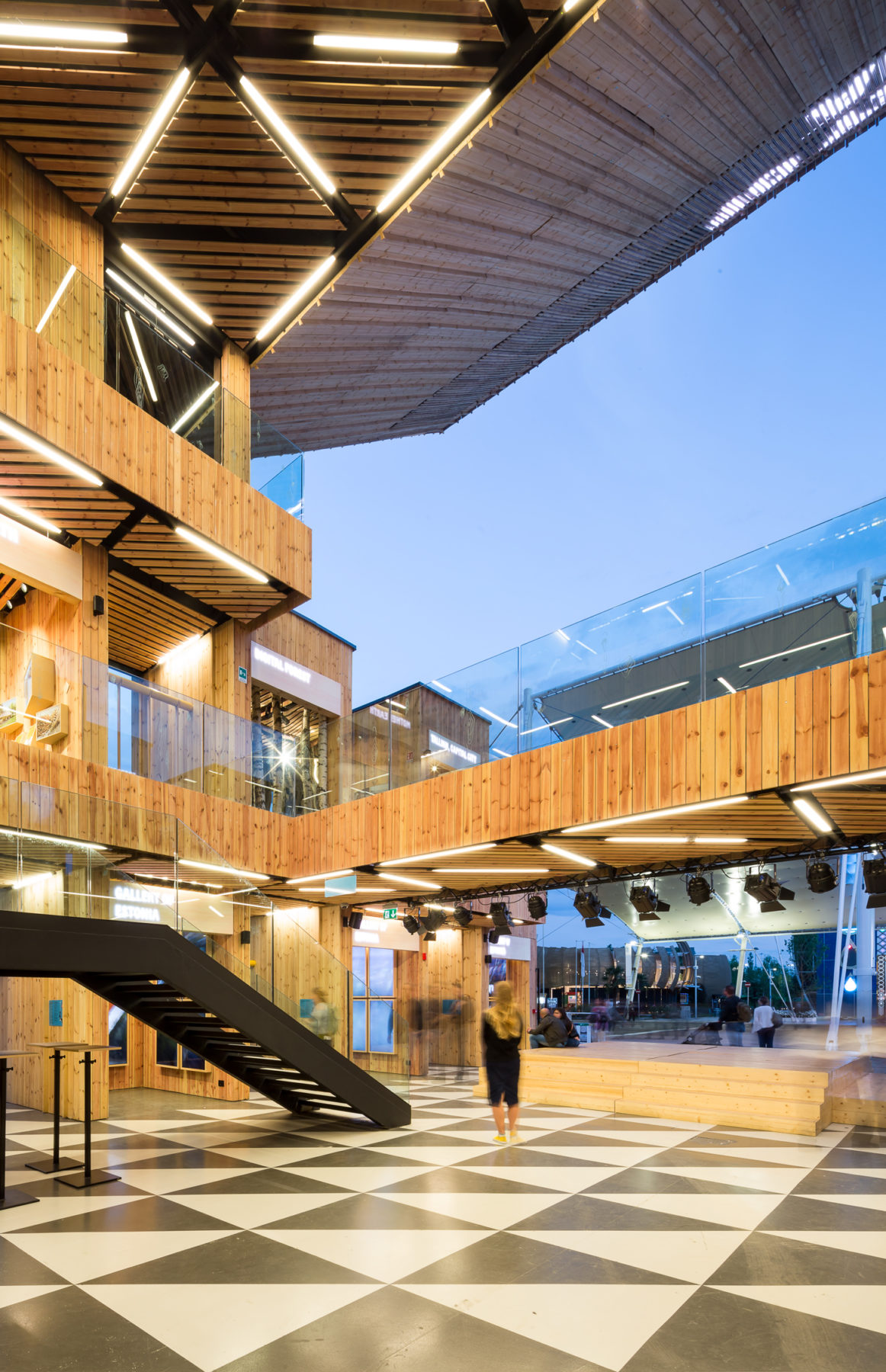 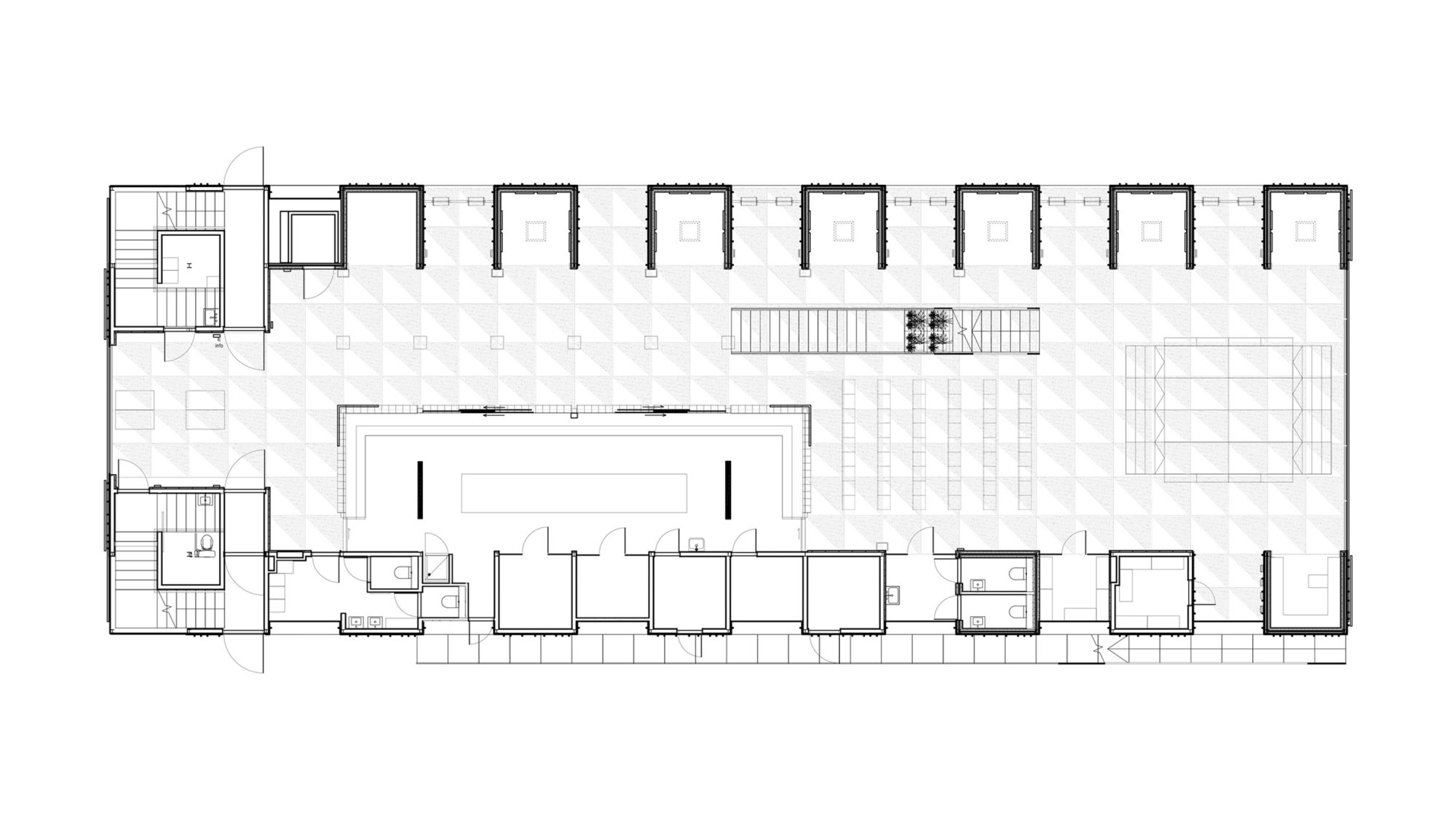 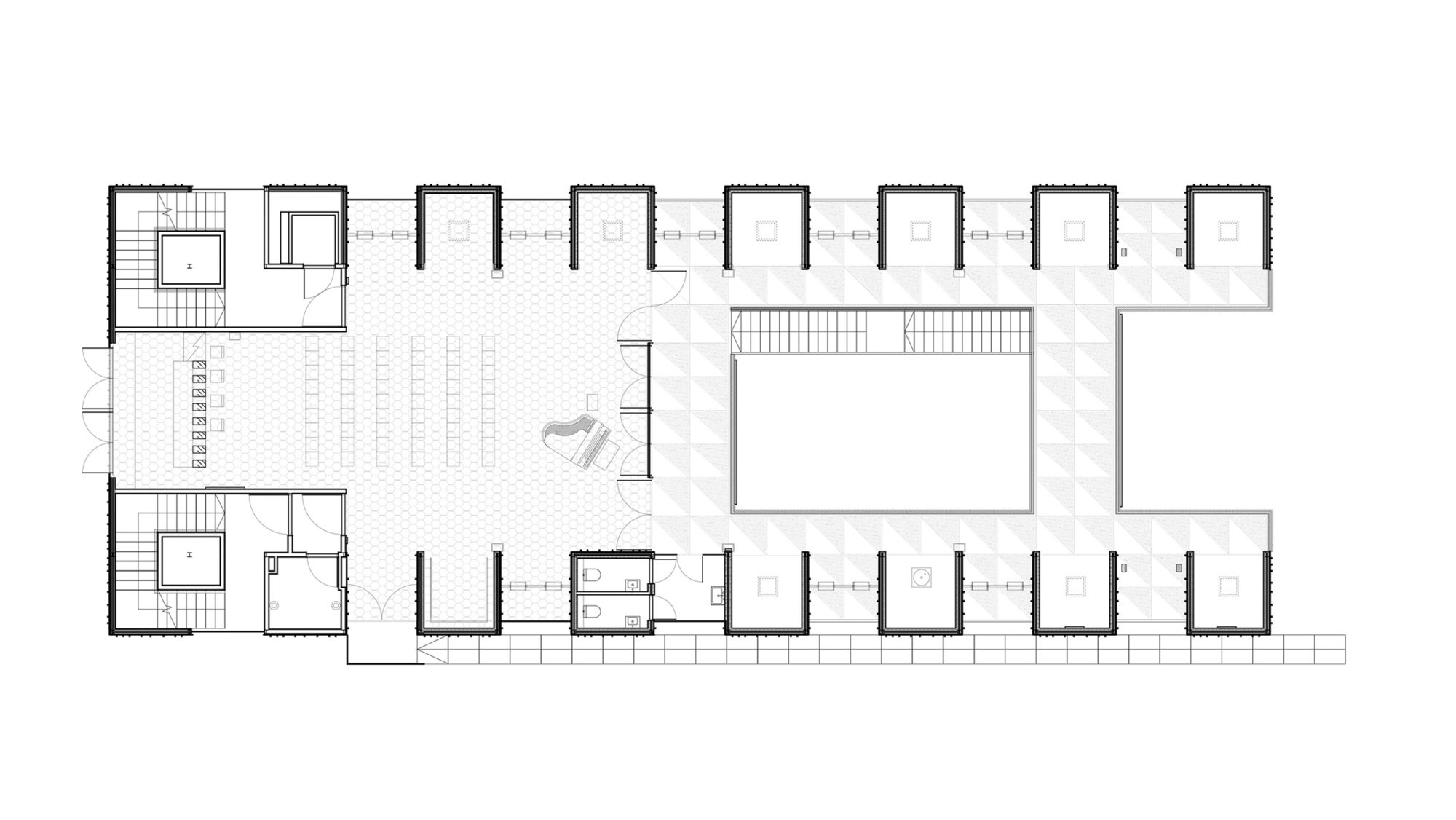 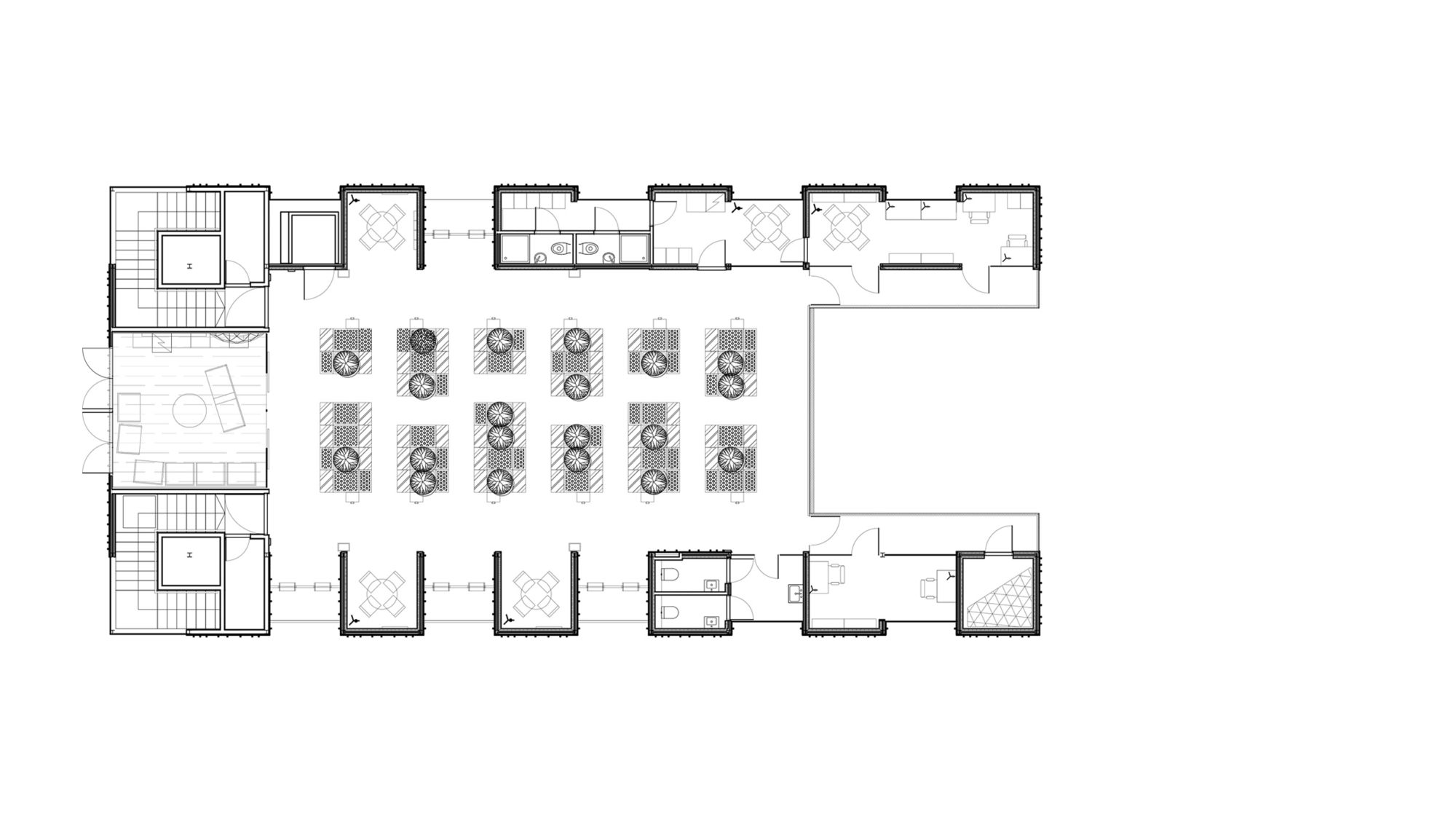